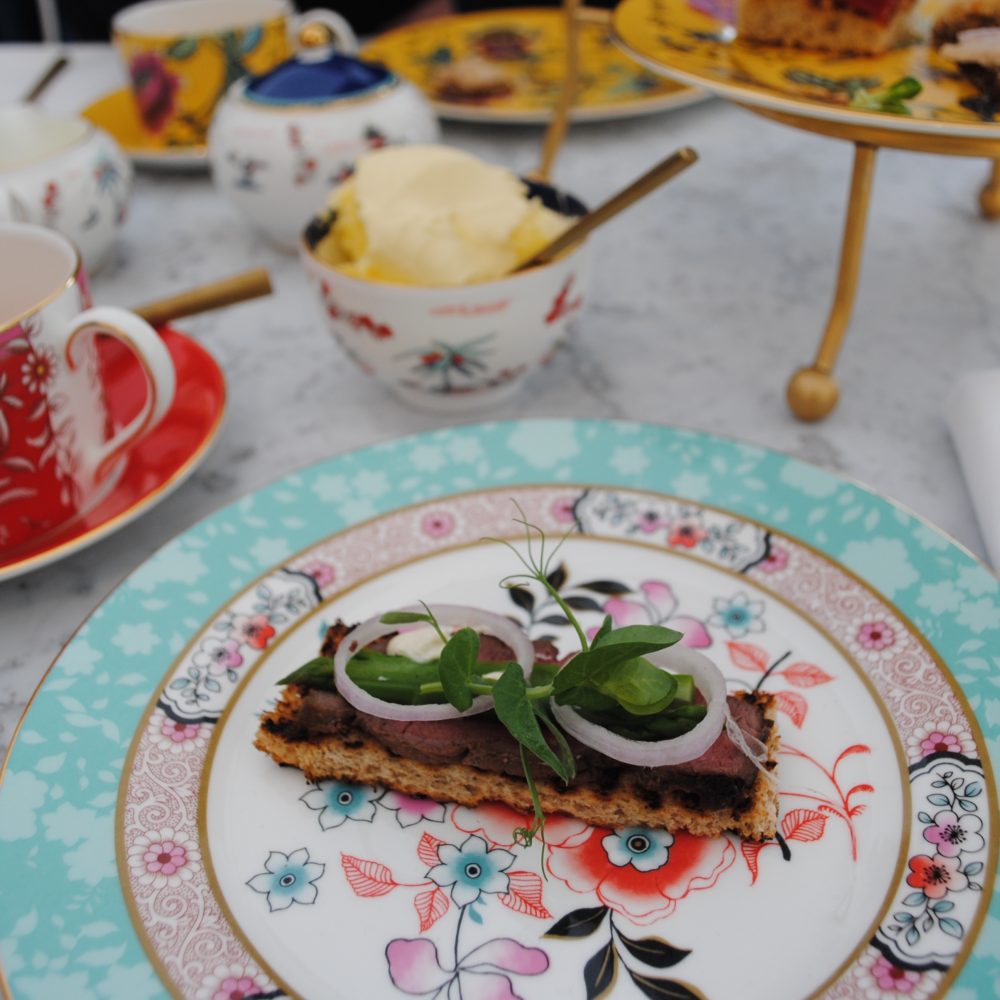 The concept of pairing tea with food isn’t new – countries east of England have been perfecting this art for centuries. However, we’ve recently been inspired by this concept after attending the press day for the RHS Chatsworth flower show. Wedgwood (an english tableware/homeware company and a recent partner of the RHS) invited us to sample their new tea collection, (named ‘Wonderlust‘) in a  food and tea pairing. This idea of a tea pairing menu is spreading across various restaurants in the UK too, with Fera At Claridges recently launching the ability to pair meals with tea (where their tea is sourced by Post Card Teas and Rare Tea Company). 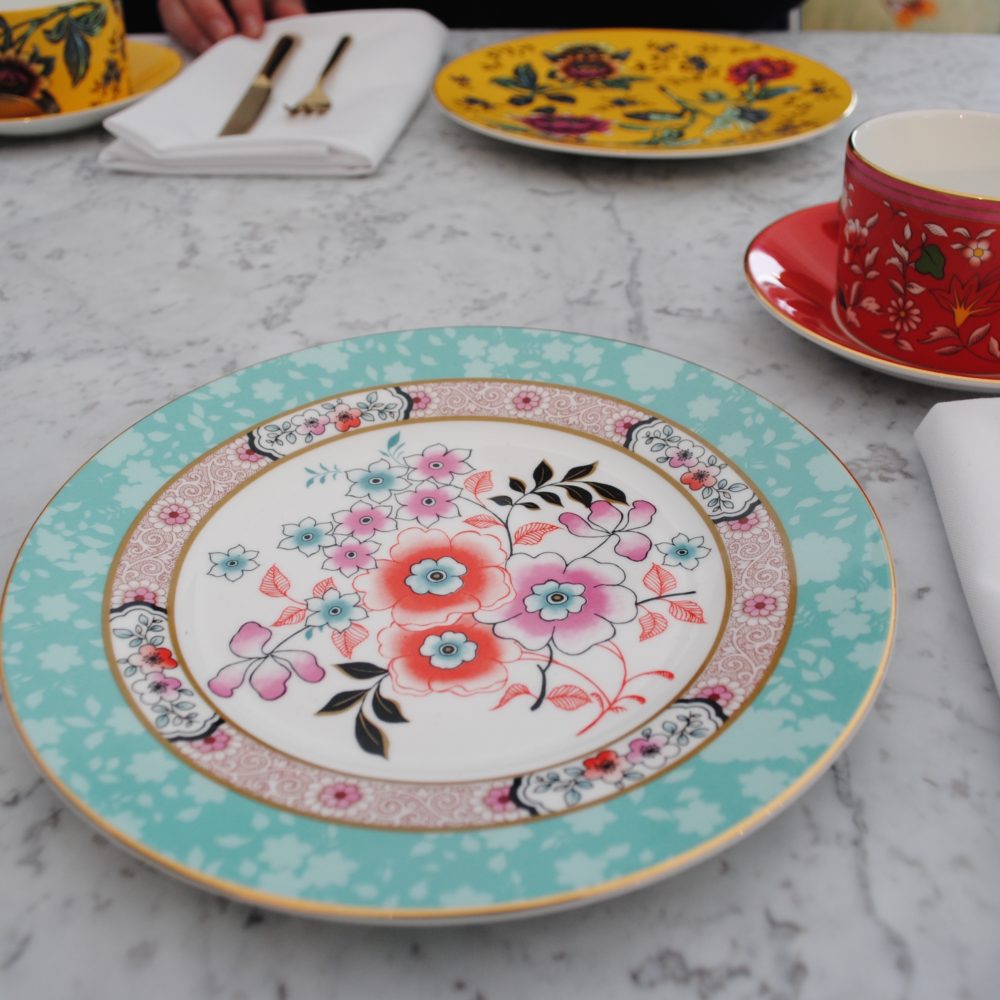 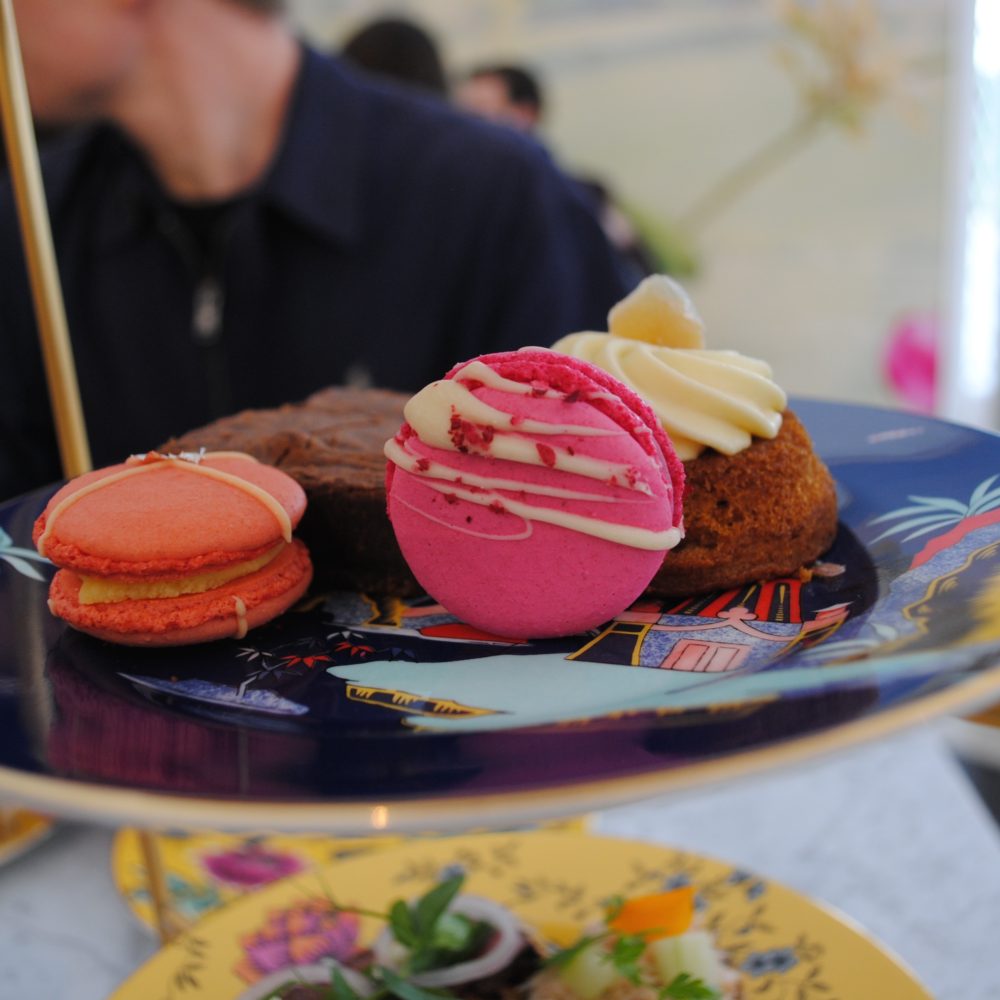 In the Wedgwood tea conservatory everything was served on the new ‘Wonderlust’ crockery – which was vibrant, colourful, and boasted six separate, yet complimentary patterns. One of the first savoury canapes we tried was the open crab sandwich with edible flowers. Our tea curator suggested to eat this with Wedgwood‘s new green tea, ‘Camellia’ – emphasising the concept that tea, when paired correctly with food, can enhance and compliment flavours. We were also given sweet canapés – the highlights being yuzu macarons, and pavlova with coconut creme. The yuzu macaron was particularly delicious, with the tart citrus flavour contrasting beautifully against the sweet meringue. Yet, perhaps the most important thing we took away was the inspiration to pair our chocolate cupcake recipe with earl grey tea – as we were informed that the bergamot flavour predominant in earl grey matches and balances the richness of the dark chocolate ganache (recipe to come to blog soon!)

We then had a personalised tour around the Wedgwood show garden, which was a contemporary twist on the English garden. Thanks in part to the design by Sam Ovens, Wedgwood’s first show garden was immaculate and would have been a beyond perfect place to relax, weather permitting (our weather that day was not permitting…).

We finished the day with a tour around Chatsworth house which is home to the Duke and Duchess of Devonshire. One of the best things about the house itself was that it contains a vast quantity of art, and we were lucky enough to see Damien Hirst’s ‘Saint Bartholomew, Exquisite Pain’.

The day came to a close, and Wedgwood gave us goody bags with samples of their new tea. The Wedgwood show garden was beautiful, as was Chatsworth house and the surrounding estate. We left feeling content and excited about the possibility of pairing more of our recipes here at Lily Vanilli with different teas. 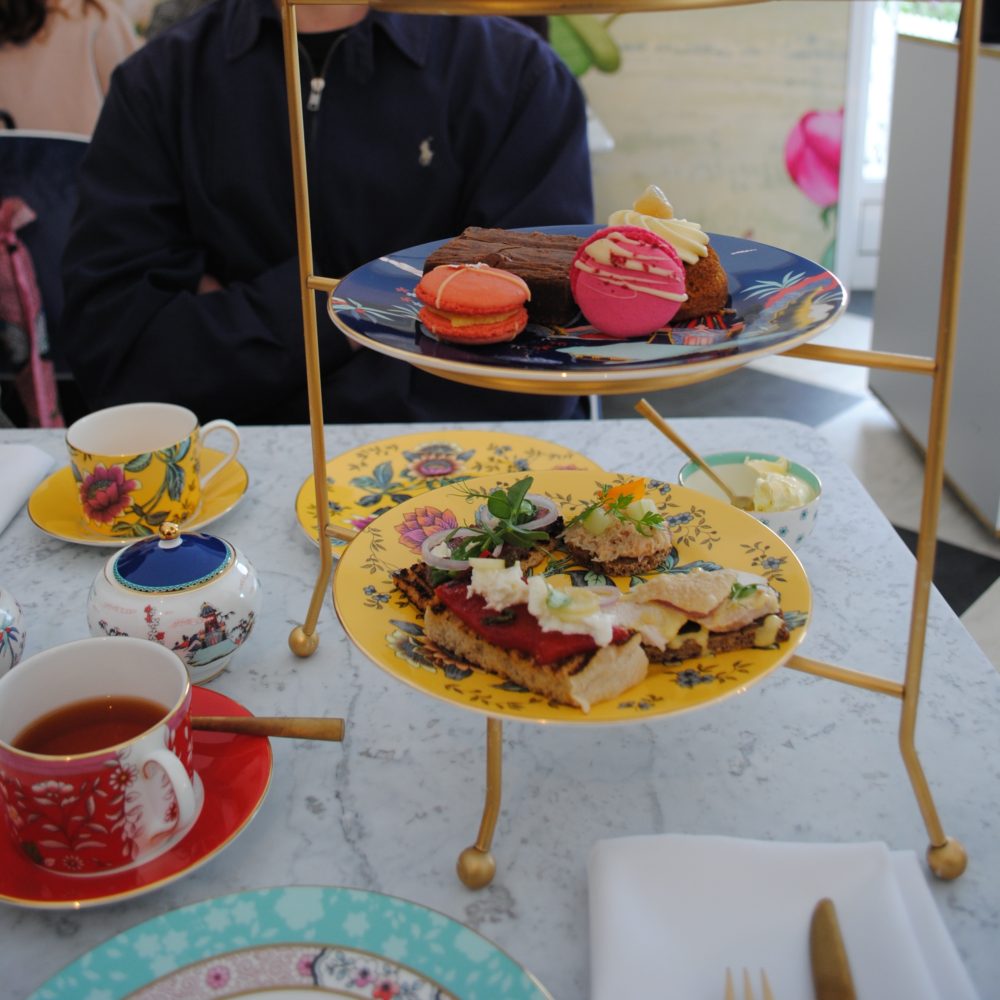